We are proud to announce version 3.0 of CNCSimulator Pro! This version is as always based on feedback from our users. Thank you to everyone that contributed! 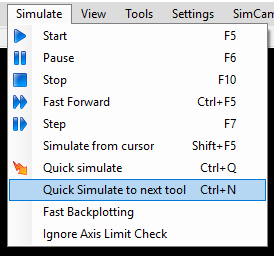 Lathe tools presentation
Lathe tools are now correctly presented when switching between lathes that has the tool coming from the front or from the top. This was confusing in previous versions.

Improved support functions
We have added a range of functions (available from the command prompt) that will help us give you better support when there are issues. Users can upload packages containing CNC code, SimCam projects, settings etc. so we can troubleshoot better.

DPI scaling
We have fixed some issues with non 100% dpi scaling in Windows. Using Windows 10 and version 3, it is now possible to run the simulator with other scaling than 100%.

Large editor Font
We have a new setting to enlarge the font in the editor.

View whitespaces, tabs and line breaks
You can now view these normally invisible characters in the editor. This is especially helpful when communicating with machines via the serial interface.

SimCloud
This is a big one! Users can now store files in the cloud. Files can be private or public. Share your work and reach it from anywhere. 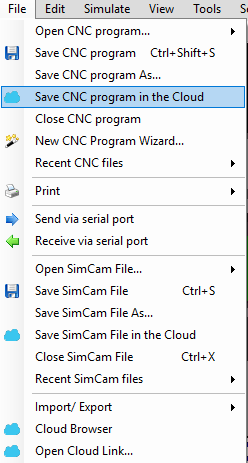 Make Portable
We have improved this function and it now also works for lathe CNC programs.

Define Lathe Tools
Lathe tool geometry can now be defined in the program just like as with milling tools.

Improved SimCam speed
Zooming and panning in SimCam has been made a lot faster in this version. Especially with large documents.

Improved algorithm for lathe grooving
This function has been improved and bugs have been fixed.

Fixed postprocessor bug
The standard milling postprocessor was not outputting separate feed rates for Z movements. It is fixed now.

Improved contour finding algorithm
The function that is responsible for automatically finding contours in SimCam has been improved.

SimCam documents saved on crashes
If the program crashes, the SimCam document you are working on is automatically saved. You will be asked if you want to recover it upon the next start.

Image Maker
Another big one! With this new maker you can trace bitmaps and quickly create CNC code from logotypes, signs and/or images you find on the Internet. 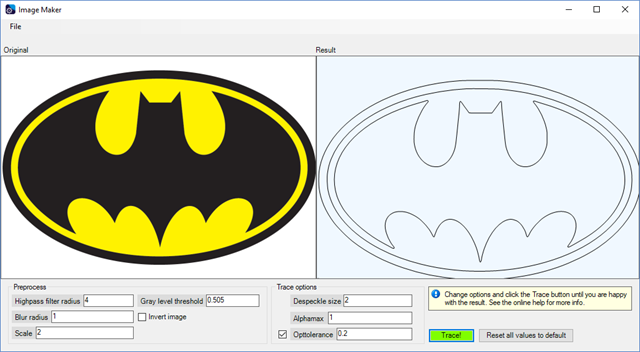 Favorite values
In the Cutting Operation Parameters for milling machines, you can now save favorite values. A little help to speed up work.

DXF Import
We have completely swapped out the function library used for DXF import. Compatibility with other programs and versions have been greatly improved.

Simplify
We have added a simplification function for DXF and SVG import to reduce the number of drawing objects. This conserves memory and creates smaller CNC programs.

Manipulate box
We have added a manipulation box to SimCam groups for quick and easy manipulations. 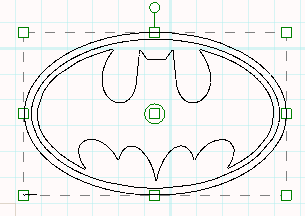 SimCam view commands
You can now hide/ show the grid, endpoint nodes as well as highlighted arcs in SimCam.

New setting
SimCam has got a new setting to control how many objects can be in a group for it to have snap points.

Analyze and fix problems
This new function will help you find issues in a SimCam document. These can be very close endpoints that are not connected, doublets  and extremely small objects. 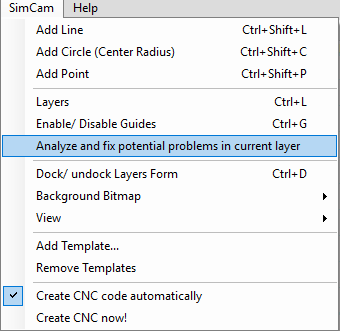 Improved Layers panel
The layer panel now redraws much faster. This is especially noticeable when working with documents that has many layers.

Frame Maker
Another new maker that helps you create frames for signs etc.

Polar Array
You can now create polar arrays of groped objects in SimCam. 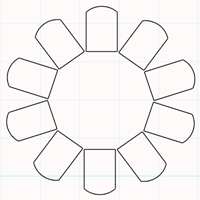 Snap to Groups
A checkbox has been added that allow users to control if snapping to individual group objects should be on or off.

Right-click to delete
You can now right-click a layer in SimCam to delete it.

Integrated BlockScript editor
We have included our editor for BlockScripts in version 3. BlockScipt is a graphical programming language that allows advanced users to create custom postprocessors, interpreters and plugins. 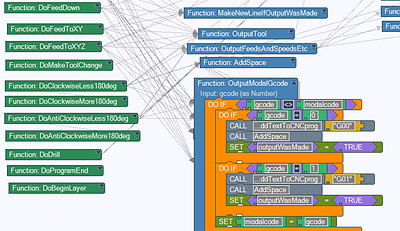 These new features and many more improvements and bug fixes are ready for you at the download page. What are you waiting for? Go grab it now!